They are remodeling our high school media center this summer and the place is a mess right now. It got me thinking of how sometimes a mess is necessary for change, but first a little remembering on my part.

I found this picture in a stack of everything that's in storage and I had to point it out. Our principal had some of us pose with our kids for a "READ" poster years ago. That's me and my two kids. They're both teens now, so I do mean years ago! Aren't they adorable? 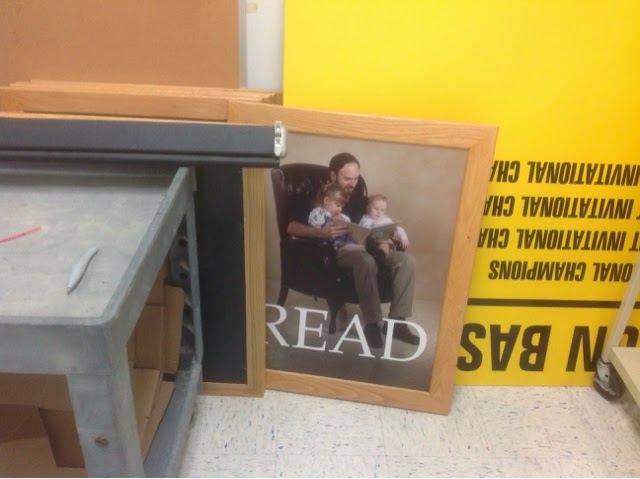 But back to the temporary mess. In the process of changing a building around we see the signs: "Don't mind our mess". It's understood that the change or move to something new and improved is going to look ugly for a while.

How come it's not so accepted when it comes to a change in a teaching practice? Why do teachers feel a need to have it perfect the first time they try PBL or when they start flipping the classroom?

I'm working with a high school teacher right now who's trying a new project in Geometry. He's integrating a lot of tech and things are a little chaotic this time around. We are all learning together and we don't know now if test scores on the unit will be as high as they would have been with the teacher's usual approach.

But is that a bad thing, or is it just the necessary mess as we move to something better? The truth is the students are learning a lot. There is a load of teamwork, problem solving and tech skills coming at them (and us). In all honesty we know they might not pick up as much of the course content as we'd like as we work toward change. It's an investment, though, and a first step in a process that will get better each time we do it in the future.

I'm thankful for teachers willing to make the move and the temporary mess. I'm grateful for principals who understand and encourage it.

Resources for the Classroom on the Power of Story

Thanks to Lisa Johnson for her list on Listly to get me thinking of compiling these resources.

Who could argue that great teaching and great storytelling go hand in hand? When it comes to motivation, inspiration or just getting the information to stick, we all know from experience that a powerful story gets the job done.

I have been a big fan of Donald Miller's work with the power of story, especially his books Storyline and A Million Miles in a Thousand Years. Miller's point is that we can even live more meaningful lives by evaluating our goals and decisions in terms of what makes great stories. His books helped me through some personal struggles, so he's had my attention on the subject for years now.

Of course, he's not alone in these insights. It seems everyone from sales people to motivational speakers is learning to harness the power of stories and honing the skill of telling them in the best ways.

I'm just starting this list for use in the classroom. I'll keep adding to it as I find more.

Donald Miller's Free eBook - How to Tell a Story

Erin Gruwell's TEDx Talk - She tells the Freedom Writer's story, which itself illustrates how our stories move us and others.

Please add your favorite resources on story in the comments below or you can email me.

I've written much about how to teach like an artist or the benefits of it throughout the blog. Ultimately what these thoughts are pointing to is a framework for project-based lessons. It possibly could be a starting point for planning any lesson, but it also is useful in evaluating the lesson or in providing a lens for reflection afterward.

Briefly, here are the components of the framework:

Here's a graphic based on the list I made earlier in the week. 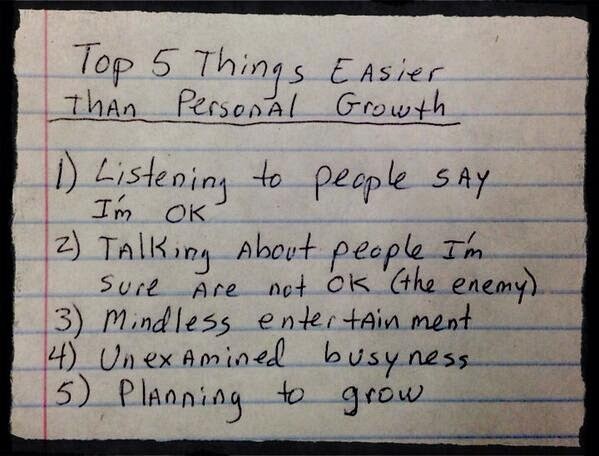 My first experiences with teaching were through my church. I think I led a lesson at a camp once, then I was eventually asked to teach the high school Sunday school class. It was a small church, really small. I usually had two to four students at the most.

I liked the process of putting together lessons and talking about things I cared about. I don't remember it ever crossed my mind that I should be effective at it. It's crazy that eventually I took that to be my calling. I decided to make a career out of it.

A lot of other things had to come together before I actually did make a career out of it, but those small classes helped steer my thinking in that direction.

I was coaching the ELA teachers in the middle school awhile back and for an icebreaker I asked them to tell how they got into teaching. Out of the five of us in the room, four of us started in Sunday school. I wonder if it ever happens the other way around?

I met my wife in Sunday school. This was years before we dated, but the first time I ever saw her she was a student coming to my class. She walked in, saw the other one or two kids there and said, "This is it?" Now we often wonder if, rather than falling for me at some point, she should have remembered how underwhelmed she was with my world at our first meeting.

Well, I could go on, and I probably will in another post, but that's enough about my past for now. I think of this because my brother asked me to teach Sunday school with him this week. Now that I've been teaching for twenty years outside of the church, it will be interesting coming back. It's the same old building actually. Some of the people in the room will probably be ones who taught me years ago.

I'm not sure what to expect, but I know I didn't put together a conventional lesson. My job is to raise some questions, then my brother will take it from there to balance me out. I don't know if anyone else will learn anything, but I'll be taking notes.
Posted by mpetty39 at 4:57 PM No comments: