It was two years ago this week that I wrote my first teaching like an artist post. It was the end of a difficult summer. After I pulled through the worst of some personal struggles, I put some hopeful thoughts into words. I ended up launching into the two best years of my teaching career.

I share the good lessons I learned, explicitly and indirectly, whenever I get a chance to speak to educators or students. I’ll give you the condensed version below, but first I have to spend a few paragraphs on a difficult experience. 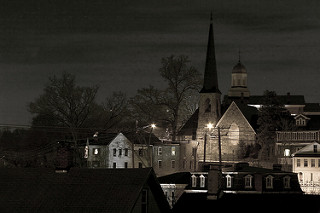 The Dark
I don’t say it publicly much, but I had been deeply depressed in 2013. By that time it had been going on four years of depression, with the last two being particularly difficult. I couldn’t see an end to it.

During the school year the busyness of work allowed me to keep my mind off it, but breaks were brutal. I would usually spend half the days stuck in bed. Immobilized and alone, I’d fight a silent battle in my mind.

Depression robs many of us of life to different degrees. Some lose life in the literal sense. Was I to the point of being suicidal? I realized early on in the conflict that I would not put my family through that experience. I rarely considered it. I wouldn’t say I wanted to die, but I certainly didn’t care to live.

That was my reality. Month after month, when I had time to think about it, I didn’t care to live. It was terrible, but I know it was necessary. I had to face the emptiness and questions head on. 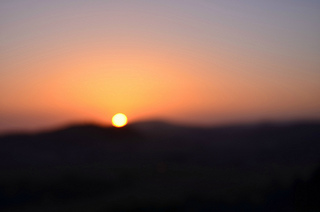 Some Light
That summer, after a rock-bottom experience I’ll always remember, I started to pick myself up with help from no one but God. Two steps I took made a difference and I’d recommend them to anyone suffering from depression. One is chemical and the other was spiritual.

Two years later, I know depression is always there with me to some extent. It’s wired in my brain. I have felt better ever since, though, and my work has been recharged.

The Way of the Artist
In all the darkness of my personal life, I had been paying attention to life’s lessons. I can see now I was zeroing in on a message that needed to be heard. That battle with depression would determine if it would be hidden or come to light. (I pieced together some that progression of lessons here.)

I didn’t express it perfectly it in that first attempt, but I thank the people who found a hint of hope in it and cared to tell me. I’ve written about the ideas extensively since then, though, and I honed the message through thought and experience.

Here’s what I’ve got.

Art is not something we do or make. It’s not like paintings and songs are art, but math equations and science experiments are not. Art is the result of a certain approach to any task.

In that way, we all can be artists.

Anything we do can be art.

Why would we care to make art? Because it inspires us and can inspire others.

We are fully alive when we enjoy our blessings and fulfill our responsibilities to others. It is a mix of take and give. Stay inspired to inspire others.

So what is this way of the artist? Three steps:


This approach can transform and recharge any work. As educators, though, we touch the lives of hundreds and maybe thousands of young people. They’re all filled with dreams and possibilities. Even if they’ve forgotten, deep down they want to live, in the truest sense of living.

And what happens when teachers approach their work like artists? Here are a few things I’ve seen:


There are students who need to hear these things are possible. Maybe for some it will be the first time in their lives. There are other educators who need to be reminded.

In this moment, you might be the only person who can do it.

And when it’s most critical, you might feel like the whole universe is teaching you a different, darker lesson.

I’m hoping to shine in some light and ask you to keep trying.