I really enjoyed this TEDx Talk by Jon Foreman. He's a prolific songwriter and the lead singer of Switchfoot. I've been a fan of his work for years. Here he "dares" the listeners to live out their own unique songs.

I think it's worth watching all 18 minutes, which includes three songs. If that's too much, you could easily select key sections.

Depending on the curriculum, you can tie some written reflection questions to songwriting, thoughts on his performances (I liked them, but they're not perfect) or the students' favorite songs or artists. All of this, of course, would tie in or culminate in Foreman's call to find and live their song.

When You Wonder If You're Crazy 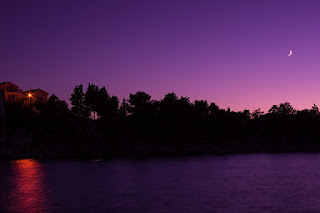 This is an honest post. As I set out to write it, I'm not sure it will end on a hopeful note. The best I can say is I'm not completely giving up. Maybe it can connect with another teacher who sometimes feels this way. Maybe it will provide contrast to a positive story later.

It's been a rough school year in ways I never anticipated. I decided last month (again) that as long as I'm in the district, I'm going to give it 100%. I'm going to keep believing even if I'm the only one.

So a couple weeks ago I signed up to present at the 6th Grade Orientation. It's the event where we tell the fifth grade students and their parents what to expect at our middle school. I wanted to talk about the exciting opportunities that our technology program offers students.

That Monday morning I was thinking about this when I heard Vicki Davis' interview with Angela Maiers. (If you only want something positive, stop reading and just listen to that. It's good.)

I love Angela's message that every student matters and her passionate talk in that interview was a bit of encouragement to me.

I actually had already considered using the quote that launched her mission (which I believe first came from Seth Godin.):


"You are a genius and the world needs your contribution."

I tell that to students a lot when I talk to them about technology. It's a great starting point to grab attention, since they generally expect me to talk about apps, how to use Chromebooks and what will happen to them when they break the rules.

I decided to modify it slightly for my talk at the orientation. I wrote on the slide, "You have a gift and the world needs you to use it." As I developed my presentation, I have to admit I wondered if I still believed that for every kid. I considered leaving the quote out. Even moments before I spoke, I thought about deleting the slide.

But I left it in. I told them all--parents, students and the other teachers--that I believed it. I explained that technology offers connections that will allow students to learn and create so their genius can be unleashed in exciting ways.

I continued the talk, then ended with that same slide. Gifts, contribution, etc.

No one said a thing about it when I was done. To be honest, I didn't know if I encouraged anyone or if I looked like an idiot. I wasn't even sure anyone heard me, since the sound system wasn't great. .

The next morning, even before first hour, a couple teachers teased me about it. They weren't being terribly negative. To them it was just good fun, worth a laugh that Mike still thinks every kid is a genius. I expected that response, so it in no way hurt my feelings. I was somewhat relieved to know the sound system actually came through.

I told them it's what I have to believe if I'm still going to keep at it after all these years. For me it has been 23, longer than any of the others in the huddle. I think one of them sort of understood that I was taking it very seriously. She later said she was just kidding, so at least she was thinking about it.