I'm working with several teachers this year on what I'm calling a Go Beyond Challenge. It's about stretching rather than getting back to normal. I am sharing more about the ongoing work on my other blog.

For purposes here, to focus more on inspiration, I wanted to share some general principles I've keyed into while working on the projects. These are three things I hope to do for students, regardless of the class or the project.

In 2013 I started writing about teaching like an artist. It was such a time of refreshing for me. As I wrote in my previous post (which is several months old now) it has been more of a struggle to maintain the vision and keep this blog alive lately.

The Way of the Artist, which I so often lifted up, is to dream big, do the work and share it. Looking at my creative pursuits, I haven't abandoned that. I just have lost the vision for teaching like an artist.

Somewhat that's true because I have found some promising pursuits in other areas. I'm actually having a little success with game designs again. I've been writing fiction and loving it.

But I also have less vision for teaching like an artist because I don't know that it ever panned out. In terms of inspiring students and teachers, it didn't pan out in any big way. I wanted so badly to see that. I worked for it and expected it, just like you'd expect fire to spread if you dropped a match on a pile of newspaper.

Instead, the routine of what school has always been won out. A year and a half of COVID didn't help, of course. But even before the virus gained attention on the horizon, I had nearly given up hope.

Last week I was talking to a friend about this. We were discussing just how much we can influence the drive that our students have to succeed. She told me she can't be that kind of person who gives up on trying. That's nice, I guess, but I'd really like to know. I like to be motivated by more than just my chemical make-up. Is it worth holding on, trying again, and giving up other things to do the work?

I told her that in the moment I usually find the energy to keep the dream alive. At school, when it's time to talk to students, yes, I try to inspire. It's much harder to get excited about that outside of school, though. I'm more likely to look back on 27 years of teaching and wonder if the others were right. Those teachers who lived by the contract, tried mostly to just meet the bare minimum, and spent every free minute doing what they liked outside of school, were they the smart ones?

I haven't given up. I look forward to some opportunities I know are coming in this new school year. But I have to consciously do that. I have to will it. Hopefully by year nine I'll have better stories to tell. 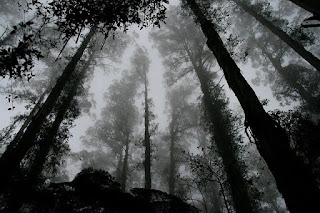